"You never know when your bad luck is going to run out." - Dan Savage

"Experience is a thing of extraordinary value and often exorbitant price.  And yet, when you try to give it away, to hand it over to someone else free of charge, they frequently refuse it."  - Leonard Pitts.

"I write to find out what I am thinking." - David Gerrold

"A good sulk is a commitment."  - Sarah Kellington

"For a groovy parent trains a groovy child, and the groovy child must be father of a groovy man." - The Saturday Review, January 9, 1864.

"People of pure blood usually have extra fingers and no kneecaps." - Heinrich Hall

"All his life he thought  scruples were the little dangly bits at the back of the throat.  And they were removed when he was six." - Marilyn Todd


"Everyone but the sheriff loves a Robin Hood." - Leigh Lundin

"Money may beat whatever's in second place, but it ain't everything." - Brendan DuBois

"Writing is a constant struggle to avoid cliches – half the battle is striking out stock phrases like 'half the battle.'” -Neil Steinberg 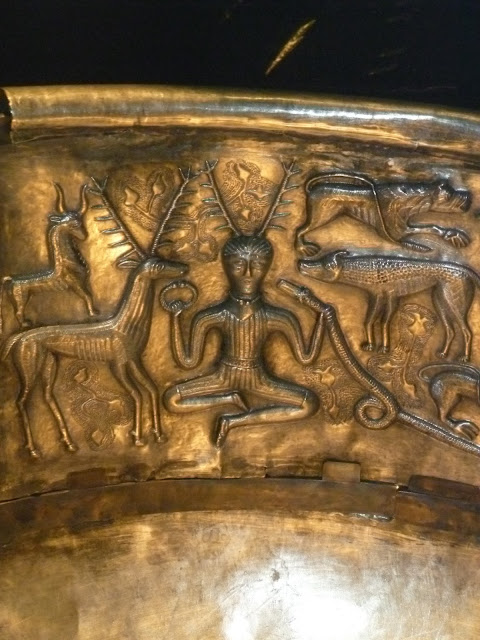 "If childhood piety was like having chicken pox, its resurgence was like shingles -- the itching had come back decades later as pain." - Thomas Perry

“Only one thing is impossible for God: to find any sense in any copyright law on the planet” – Mark Twain

"There are a lot worse things to believe in than God." -Suzanne M. Wolfe

"I think there probably is humor in heaven, or earth wouldn't look like this." - Ovidia Yu

"Some times I feel like God's favorite sitcom." - Marie-Helene Bertino

"Are you aware that there’s an abundance of recent science that actually confirms the Genesis account of creation?" - Louisiana State Senator John Milkovich (D-Shreveport), 3/29/2016

"TiVo is god in my household." -Michael Powell, Chairman of the FCC, January 2003.

"If God is in the details, then the Code of Federal Regulations and especially the Federal Register are leading candidates for secular deification." -Joe Morehead

"You don't want to read the Book of Revelation and the federal budget in one sitting. It is pretty scary." -Gene Goldsmith, (former) state representative, 42nd District of Washington

"I have long known that it is part of God's plan for me to spend a little time with each of the most stupid people on earth." -Bill Bryson

"A true holy book could fit on an index card, but most of the words on it haven't been invented yet." - Will Ludwigsen

"The second law of thermodynamics, simply put, is as follows: left to themselves, things tend to go to hell in a handbasket." -Cecil Adams

"In eternity, there will be no underground beatnik intellectual dive cafe's hashing phony, ambiguous 'word art' for you to lounge in and laugh it up with your cheap wine coolers and funky sexually-vague groupies." - An anonymous correspondent of the Kook's Museum.

"If it were proven that there is a God, there would be no religion." - Ursula K. LeGuin

"Fear prophets and those prepared to die for the truth, for as a rule they make many others die with them, often before them, at times instead of them." -Umberto Eco

"What is paranoia, after all, but  an extreme form of gullibility?" - Mat Coward

“That way, of course, lies madness, but I would be the last person to say that madness is not a solution.”  -James Thurber

"Yes, I am insane. Thanks for asking." -Harlan Coben 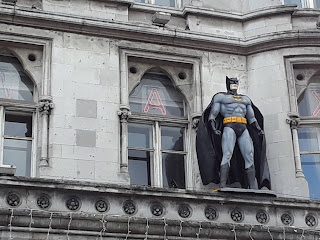 "Contrarian arguments are generally contrarian because they're bullshit." -Scott Lemieux

"Truth is stoned to death by tiny pebbles." - Judy Dugas

Or perhaps the truth is less interesting than the facts?" -Amy Weiss, Senior VicePresident for Communications, RIAA

"I am always true to my word, which happens to be 'dishonest.'" - Lorrie B. Potters

"Truth is very scarce in official documents. It is not expected by the public, and it would be utterly thrown away upon Congress." -J. Ross Browne, U.S. Treasury official, 1858 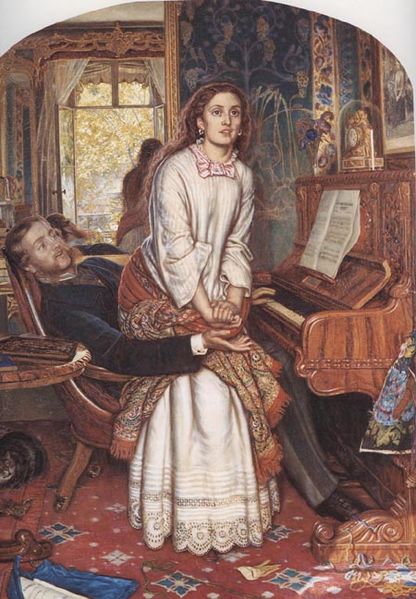 "The one thing that doesn’t abide by majority rule is a person’s conscience." -Harper Lee

"A buried conscience is the worst ghost of all."  - Janice Law (slightly edited)

"An attorney must have either a guilty conscience or no conscience at all." -David Mamet

"People who have tried it, tell me that a clear conscience makes you very happy and contented; but a full stomach does the business quite as well and is cheaper, and more easily obtained." - Jerome K. Jerome

Email ThisBlogThis!Share to TwitterShare to FacebookShare to Pinterest
Labels: Conscience

“Diversity is being invited to the party. Inclusion is being asked to dance.” -Verna Meyers
"If people were given a choice between democracy and whiteness, how many would choose whiteness?" -Taylor Branch
"Ever been left-handed and used dangerous power tools like chainsaws and weed whackers, only to have a mouthful of sawdust or a rock to the groin violently inform you that everything on those tools— from the safety mechanisms to the trigger placement to the ergonomic sweep of the handles — are designed for right-handed people? That’s what racism is like, except the chainsaw was designed by a guy who didn’t want left-handed people cutting firewood, trimming weeds, or sleeping with his daughter." – Chris Newman
"Racism depends on the presence of those it hates."  - Elisabeth Anne Leonard
“The Sicilians are vivid in imagination, affable, and benevolent, but excitable, superstitious, and revengeful.” - Congressional Serial Set, v 5867, Senate Document 662
at August 24, 2020 No comments: 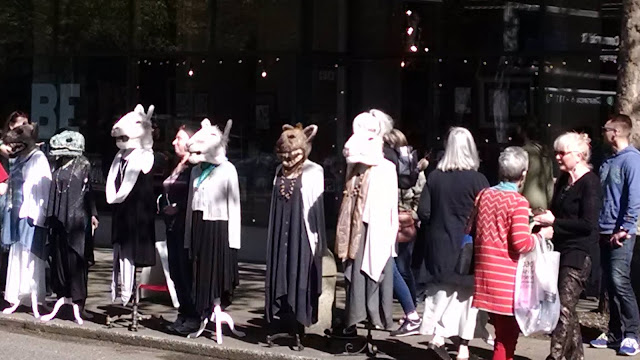 "Experience is a thing of extraordinary value and often exorbitant price.  And yet, when you try to give it away, to hand it over to someone else free of charge, they frequently refuse it."  - Leonard Pitts.

"Don't try to win.  Try to learn." - Lisa Scottoline.
"Do, oh do remember that when stern duty, daughter of the voice of God, is at the other end of a telephone the only thing to do is to ring off." - Dorothea Rowe

"Don't bring a pizza cutter to a knife fight." - Lorrie B. Potters

“Teach the Gospel at all times; if necessary use words." -Francis of Assisi

"The world is changed by your example, not your opinion." - Tom Hodge

"The only way to move forward creatively is to allow yourself to be judged." - Amy Hohn

"You can't help someone cross the street if they just don't want to go." - Steve Goodman

"There is no healing without humor." - Jess Lourey

"When you have a broken neck, it is almost impossible to throw a kumquat with the speed and accuracy necessary to hit a living squirrel." - Stephen Tobolowsky

"In terms of advice for writers I have two words: butt glue." -Janie Chang

"Talking is how they distract us from doing, and never mistake a Post or Submit button for someone’s genuine interest or actual action in the world." - Will Ludwigsen

"When smashing monuments, save the pedestals. They always come in handy." - Stanislaw Lem

"If I've learned one thing from reading Dante, it's that if you find yourself in hell, take notes." - Neil Steinberg

"You can't mend an omelet without unbreaking a few eggs."  - Neil Gaiman

"Before you embark on a journey of revenge,  dig two graves." -Confucius

"Don't kill your darlings. Just lock them in the basement." - Jon McGoran

“There is ecstasy in paying attention.” - Annie Dillard

“The only difference between a groove and a grave is the depth.” - Michael Z. Lewin

“Water towers on fire take care of themselves.” -Chris Otepka

“Let us look less to the sky to see what might fall; rather, let us look to each other…and rise.” -Judge Michael McShane

“Sometimes you have to be forced into your luck.” -William DeAndrea

"Only a damned fool puts the fight above what he fights for.” -Michael Collins

“What Would Sam Spade Do?” -William Francis Condon

“Wearing belt and suspenders doesn’t help if you forget your pants.” -Lorrie B. Potters

"Never argue with a nerd - you both get bogged down in details, but the nerd enjoys it." - Emily Keene

"The worst situations in the world always start with the words, 'trust me.'" -Kristine Kathryn Rusch

“What is to give light must endure burning.” - Viktor Frankl

"Be sure to leave your underpants with someone you can trust." -Ian Andersen.

"The earliest Christians get the hungriest lions." John M. Floyd

"It is impossible to wrap ones arms around a whale, a fleeing fox or a sunken ship" Judge Kevin M. McCarthy, Popov v. Hayashi

"If you hear any sinister background music, run like hell." -Carol Cail

"Never advise anyone to go to war or to marry." -Spanish Proverb

"Forgive your enemies; nothing annoys them more." -Oscar Wilde

"Beware of barking at underdogs; don't fight with people who have nothing to lose." -Dory Previn

"Rather than easy answers, search for clearer contradictions." -Lorrie B. Potters

"If all the people of the world would just join hands, three quarters of them would drown." -attributed to Pete Seeger

Robert Lopresti
I am a prize-winning mystery writer, librarian, and songwriter.